posted by TexasLRL in Members of the Legislature

In 2012, we wrote a blog post discussing turnover in the Texas Legislature from 1923-2011, measured by the percentage of freshman at the beginning of each regular session. A patron recently asked us if we could update our chart to include turnover for the 83rd Legislature (2013), and we were happy to oblige. The updated chart is below. Please note that we defined freshmen as new legislators sworn in during the first day or week of the regular session. Members who first served during a called session of a legislature are counted as freshmen members of that legislature. Excluded are members who were elected to a legislature but never sworn in due to death, resignation, or other factors.
Exact percentage of freshman each session can be found here. 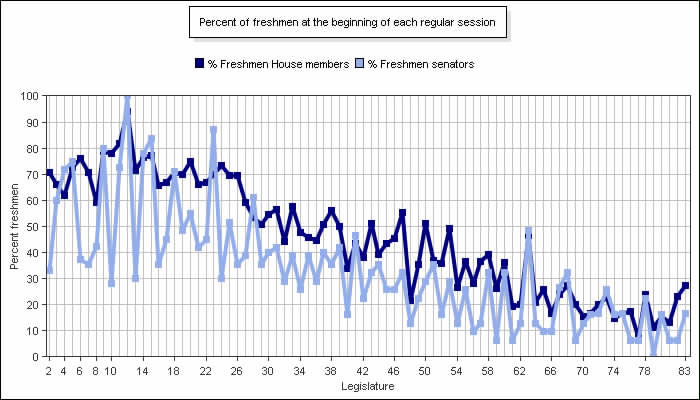